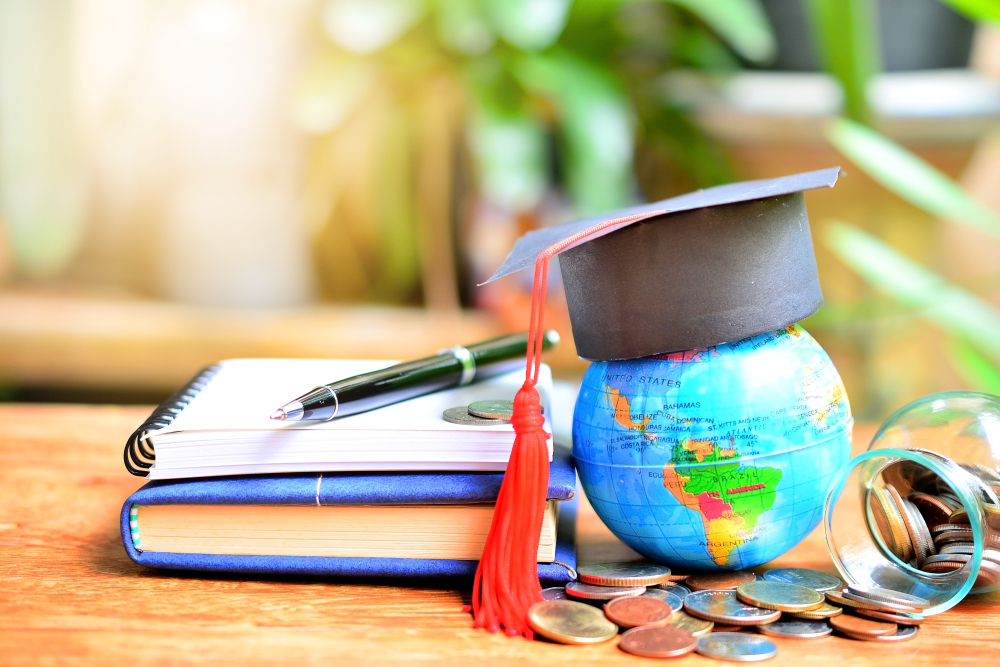 We’re continuing our series of guest bloggers sharing their #UnlikelyStory with Taylor Whittemore.

When it came to discussions about what my college-bound future would look like during my senior year of high school, my dad and I had drastically different notions of how to fund such an endeavor. He was initially convinced that I should be able to graduate with a degree and no student loan debt if I also was working simultaneously; I thought that the cost would likely be greater than what I was capable of providing.

This clash was a result of both generational and personal differences. My dad began his higher education at Phoenix College because he had free tuition there due to my grandfather’s employment with the community college district. After two and a half years, he transferred to Northern Arizona University where he drew upon previously set aside college funds and supplemental income from two part-time jobs to cover a tuition that he recalls being between $2,000 to $2,500 per semester.

In the time between my father attending NAU and my consideration of going there, tuition had increased to $5,179 per semester, according to the National Center for Education Statistics. That increase exceeds inflation, as the calculated rate of $2,500 in 1993 – the year my father graduated – adjusted for inflation in 2015 – the year I began college – was $4,100.64. That leaves a thousand-dollar disparity.

On a personal level, I desired to seek higher education elsewhere, as I was interested in studying media and knew that my home state of Arizona couldn’t provide many internships or external opportunities in the field. That meant applying to private universities in both California and New York, states with reputations for being expensive even outside of education. My dad, on the other hand, had never even considered out of state colleges both because of the higher cost and the fact that his family and girlfriend were all in Arizona.

My parents only encouraged this dream of mine, but, as my dad and I began looking at the projected costs of tuition and other fees for my freshman year as well as estimated financial aid, we realized that there was no way that I was going to be able to afford college of any sorts out of state without taking out loans.

During the actual application process, there was not much I could do regarding my financial aid status except wait to hear back on acceptances and what sort of funding packages the universities would offer. In the meantime, my father and I agreed that I should apply for external scholarships to supplement any financial aid that I was given. Our strategy was to begin with local scholarships and then, if we found success there, to broaden the search to statewide and possibly national scholarships.

There was a list of available scholarships posted in the main office at my high school, and I began applying as early as September of my senior year. None of the scholarships asked for the same materials, so I was constantly writing new essays and answering different questions for these various applications, trying to represent my accomplishments and future college goals the best that I could.

Skip forward to the end of my senior year – and I had not gotten a single external scholarship.

I found myself constantly asking what more I could have possibly done; I maintained a 4.0 GPA, was a member of five honor societies and president of our National English Honor Society chapter, and still found time to get involved with extracurricular activities such as theatre and archery. I felt dejected and struggled with the knowledge that that none of the organizations who offered the scholarships thought that I was worth the financial help.

Fortunately, several of the colleges I applied to disagreed. I was offered a decent amount of financial aid from several universities, and the University of Southern California – my top choice where I eventually ended up attending – also granted me an additional scholarship based upon demonstrated financial need and previous academic excellence. My high school also supported me in my pursuit of higher education, as I ended up getting a scholarship from the Mary Ellen Halvorson Foundation.

I was fortunate because those scholarships enabled me to go to my school of choice, but I also recognize that I would not have been able to attend if I was limited to the financial aid package due to the disparity between what I would have needed to pay and what I could provide while maintaining status as a full-time student. This has made me even more grateful to the donors who made my scholarship possible, Steven and Alexandra Cohen, because they are the singular reason I was able to attend my top-choice university.

The circumstances, however, have also made me aware of a glaring issue in our education system that both encompasses the search for external scholarships and transcends it – the sheer competition of it all. Nowadays, college admissions is not only about demonstrating your ability; it is about having better SAT or ACT scores, being involved with more extracurriculars, garnering more awards and accomplishments, and investing in more personal projects than ever before – all before even graduating high school. There is also the additional competition of trying to win external scholarships and secure financial aid, especially at the schools who prioritize financial aid to the students who enroll the soonest.

These increased levels of competition are only heightened by universities’ drive towards exclusivity, to the point where they will advertise to students even with a minimal chance of acceptance, and by the education inflation in the workplace that students enter after graduation. Education, intended as a great equalizer between people from all different backgrounds and social classes, is now more competitive than ever and frequently only affirms the hierarchies that are already in place.

Unfortunately, there is no simple solution to this; however, there are many individual steps that could make a difference: an increase of funding available both from inside the university and from external sources, especially for low-income students who cannot afford the cost of education otherwise; additional financial support for universities from the government; a decrease in the education inflation found within the workplace; and, overall, a general reduction of the harmful deeply competitive atmosphere that surrounds the college admissions process.

Taylor Whittemore is an office production assistant at Gracie Films and a recent alumnus of the University of Southern California’s School of Cinematic Arts. She is an avid lover of television, academia, and writing – especially any combination of the three.